The two featured artists will also give a presentation on their work on Tues 12 Nov at the Department of Music’s Graduate Forum at 5pm.

With generous support from SPR and EMS.

Tim Hodgkinson (b. 1949), graduate in social anthropology at Cambridge, co-founded the politically and musically radical group HENRY COW with Fred Frith in 1968. In addition to composing, he has a long involvement in improvisation, and came back to anthropology in the 1990’s with research into music and shamanism in Siberia.

He has participated in many concerts with Iancu Dumitrescu’s Hyperion Ensemble both as bass clarinetist and composer and conductor. His compositions have been interpreted in such international festivals as: Spectrum XXI (Brussels, Paris, Geneva, London), Huddersfield Contemporary Music Festival (U.K.) where he was a featured composer in 2007, Craiova and Ploiesti Festivals (Romania), Guarda Festival (Portugal), Cantiere Internazionale d’Arte di Montepulciano (Italy), Konfrontationen Festival (Austria), Nordlyd Festival (Norway), Musique Action (France) and the European Symposium of Experimental Music at Barcelona.

His Piece for Harp and Cello was selected for the SPNM shortlist in 2005. His composition SHHH was accepted for the IMEB electroacoustic music archive at Bourges in 2006. His piece Fragor appeared in the Martin Scorsese film Shutter Island in 2010. He has worked with Hyperion Ensemble, Talea Ensemble, Ne(X)tworks, the Bergersen String Quartet, London Sinfonietta, Insomnio Ensemble, Phoenix Ensemble, Basler Schlagzeug Trio, Nidaros Slagverkensemble, Bindou Ensemble.

As an improvising musician on reeds and lap steel guitar Tim Hodgkinson has performed all over the world with many of the most acclaimed artists in the field, and continues to be fully engaged in the celebrated Konk Pack trio with Roger Turner and Thomas Lehn. He recently released KLARNT – a CD of solo clarinet improvisations.

As a writer, he has published articles and reviews on improvised music, musique concrète, spectralism, the ethnomusicology of shamanism, and the aesthetic problems of the impact of new technology on contemporary music making – in, amongst others, Perspectives of New Music, Arcana, Contemporary Music Review, Musicworks, The Wire, Cambridge Anthropology, Variant, Rer Quarterly, and Resonance Magazine. He has given lectures, workshops and seminars at Cagliari and Lyon Conservatoires, at the Institute of Contemporary Art and the School of Oriental and African Studies in London, at Istanbul, Edinburgh and Cornell Universities, and art schools in several European countries, at COMA summer school, and at the Verband für Aktuelle Musik in Hamburg where he was artist in residence in 2010.

Dario Sanfilippo was born in Agrigento, Italy, in 1983. He is a freelance composer, performer and sound artist whose research is focused on the study and exploration of complex dynamical feedback systems for non-conventional sound synthesis, improvised human-machine interaction performances, and autonomous sound installations. His works and research have been presented in international festivals and contemporary music events such as AudioArt Festival, Curva Minore Festival, Acoustic Fields Festival, AudioVisiva Festival, Quiet Cue concert series, Live!iXem Festival, Logos Foundation series, as well as Universities like Naples’ L’Orientale, Music and Performing Arts University of Vienna, University of Graz (IEM), Bangor University, Queen Mary University of London. His works and research have been selected for international conferences like International Computer Music Conference 2012, Sound and Music Computing 2011, Digital Music Research Network 2011, Colloquium of Musical Informatics 2010 and 2012, INTER/actions Symposium 2012, and they have been published by record labels such as Creative Sources, Die Schachtel and Idroscalo, and journals like Computer Music Journal. He graduated in Music and New Technologies at the Conservatory of Trapani, and is currently attending the Master’s Degree in Electronic Music at the Conservatory of Naples, in the class of Agostino Di Scipio.

Featuring performances of works by Dimitris Bakas who returns from Columbia University where he worked alongside Tristan Murail and Miller Puckette. There will also be a discussion with the composer and the pianist.

Dimitris Bakas
Born in Katerini in 1975, Dimitris Bakas studied composition (Diploma) with Theodore Antoniou (prof. at Boston University, USA). In 2004 he moved to London for further studies in composition at Goldsmiths, University of London, where he was awarded an MMus and a PhD, under the supervision of Roger Redgate. His music has been performed in the UK, Greece and USA and has successfully participated in competitions worldwide. In 2009 he was a shortlisted composer at Sound and Music. For the academic year 2010 ‐ 2011 Bakas was accepted as a visiting scholar by Tristan Murailat to Columbia University in New York where he completed Post Doctoral Research.

Christos Triantafilou
Born in Katerini in 1977 Christos Triantafilou began his piano lessons with Helen Triantafilou while at the same time he attended theory lessons with Paul Triantafilou (founder of the Panatheneo Music Academy in Athens). In 1989 he continued his studies in Piramatiko Conservatory of Christos Papoulakos in Larisa where he received Diploma in Piano (with Manoilidi Vladimiro) and Degrees in Harmony and Counterpoint, all with distinction. From 2003 until 2007 he attended the National University of Music in Bucharest (Romania) from where he received a degree in performance following the Piano class of Prof. Serban Dimitrie Soreanu. Since 1989 he has been giving solo recitals in various places in Greece and abroad (Thessaloniki, Volos, Bucharest, Tulcea, etc). In 2005 along with pianist Amelia Maria Stoian he formed the piano duet Charmiesto which is dedicated to bringing forward known and unknown Greek contemporary composers.

Please note that due to unforeseen circumstances, Decibel’s performance of Cage’s Variations has been cancelled.

Body Waves is a live infrasonic performance whose sounds go beyond the auditory system to be felt in the body. The primary sound source in this exploration of vibroacoustic perception are the unique recordings made by Stanier Black-Five at the epicentre of the recent earthquakes in New Zealand, which capture the vibrations of its massive aftershocks, collapsing buildings and subsequent demolitions. Riddoch will transform this live performance using MaxMSP and digital mixing for quadraphonic spatialization and waveform extrapolation to accentuate lower frequency harmonics. Sinusoidal analysis will be used to convert the waveform data to controllers in order to automate the spatialization with live mixing to balance the enhanced infrasonics. The performance will emphasize somatic feedback to guide the improvisational aspects as the infrasonic soundscape evolves over time. Body Waves is a spatial work indeterminate with respect to performance and spatialized through a quadraphonic set-up to immerse its audience/participants in this visceral music of the body.

This event featuring Australian ensembles on their European tour is also a warm-up for the week-long Goldsmiths Sound Showcase, Sho-Zyg, starting Thurs 20 Sep 2012. 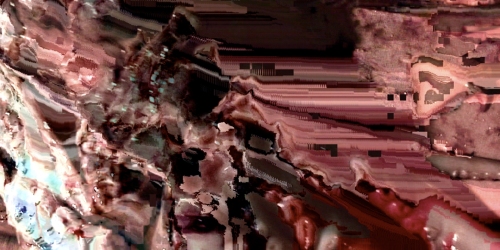 The earthquake and tsunami of 11 March in Japan and subsequent after shocks have claimed over 15,000 lives, with 8,700 missing. Over 270,000 homes suffered damage, and almost 150,000 homes were completely or partially destroyed. Two months on, more than 100,000 are still living in evacuation shelters. The international response has certainly helped in starting the relief operation, but there is still much to be done. Any donations will be gratefully received.